What is the purpose of prestressing concrete if it is already subject to significant stress when supporting a load? Imagine building a concrete beam but not including any reinforcing bars or stirrups. It would have a very limited capacity for supporting any load. Before too long as the loading is increased the plain concrete beam will start to crack in the bottom as shown in the sketch below because concrete is inherently weak in tension. The cracks will propagate upward until they reach the top of the beam, and it collapses suddenly as graphically depicted in Figures 1 & 2 below. 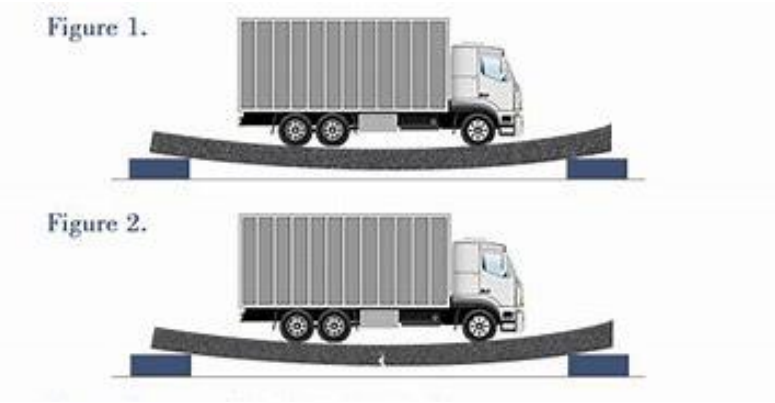 To capitalize on concrete’s compressive capacity and steel’s tensile capacity reinforcing is added in the tensile zone to intercept the cracks. The cracks will still begin to develop, but the reinforcing bars will quickly begin to resist the tensile loads, thus limiting the depth and width of the cracks. Simply put, the bottom of the beam is in tension that is resisted by the rebars, and the top of the beam is in compression that is resisted by the concrete. This reinforcement is graphically depicted in Figure 3 below.

But prestressed concrete takes the design of flexural members like beams to a whole new level. This is accomplished by pre-compressing the concrete in the bottom of the beam by pre-tensioning the tensile reinforcing such that it tries to retract much like a rubber band around some wooden blocks. This is graphically depicted in Figure 4 below.

Prestress strands are available in various “diameters”, with ⅜”Ø, ½”Ø, and 0.60”Ø being the most commonly used sizes at Nitterhouse. The word “diameter” is in quotes because, unlike conventional rebars having solid cross sections in ⅛” increments, prestress strands are wound together by seven (7) individual wires. These strands are then wound tightly around spools as shown below for shipping via flat-bed trucks to our plant. Upon arrival at Nitterhouse they are dropped into racks to keep them from getting tangled as they are unwound during the production operation. 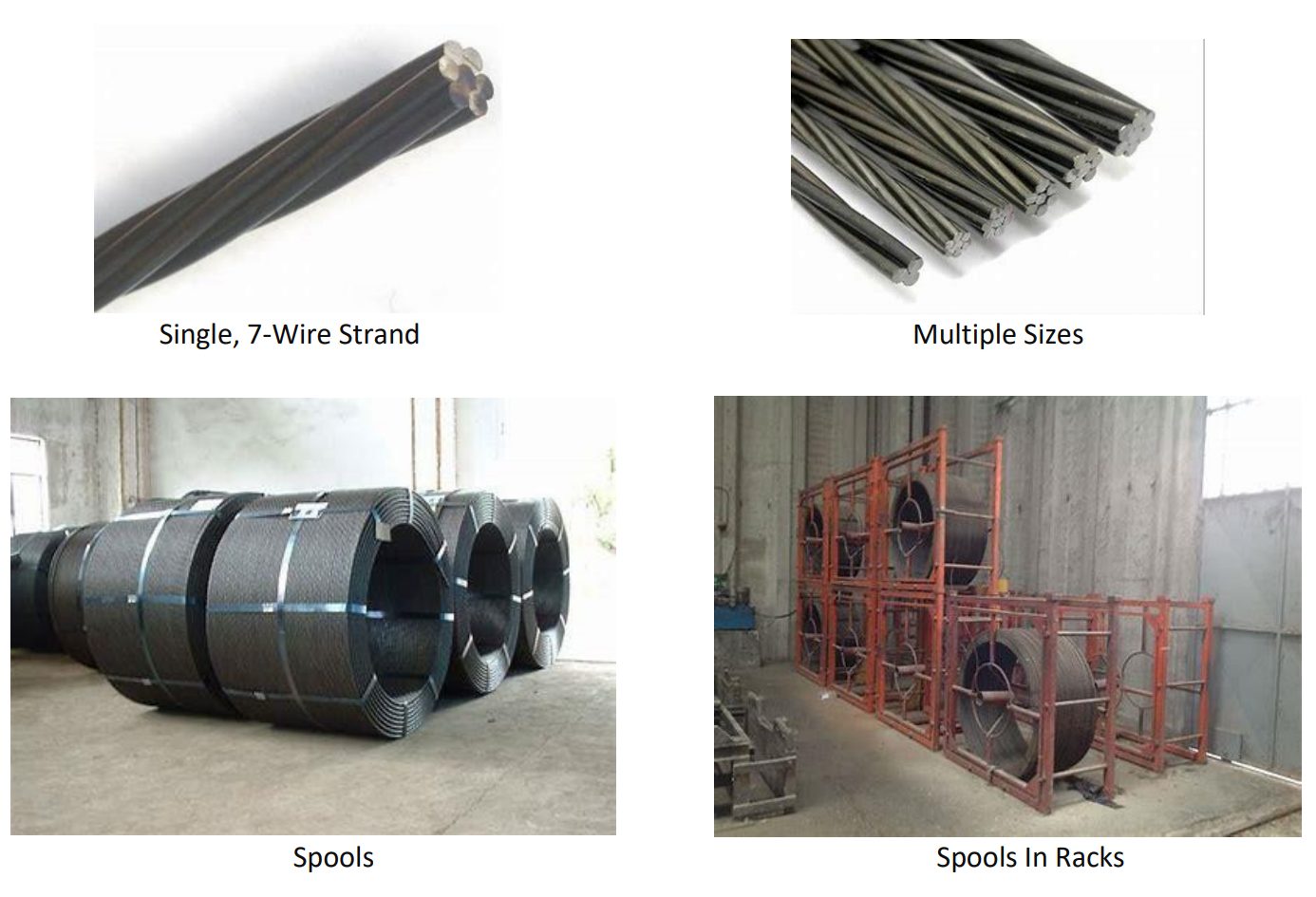 Most precast, prestressed flexural members such as double tees, beams, and NiCore™ Planks are cast in long line forms. Some forms may be 200’ long, while other forms are 400’ to 500’ long. The process of pre-tensioning the steel strands involves placing the strands in the forms and “fishing” them through the end abutments. Prior to placing the concrete in the forms tension is applied to the prestressed strands by using a hydraulic jack, after which they are anchored against the jacking heads by strand chucks. Because this prestressing force is concentrated below the beam’s center-of-gravity it will naturally curve upward. This upward displacement is called “camber”. Even though it is theoretically possible to sufficiently prestress beams to remain “crack-free” this is rarely done in modern practice to limit the magnitude of camber for constructability reasons. Just as controlled cracking does not impair the performance of reinforced beams, so controlled cracking does not impair the performance of prestressed beams. These concepts are all graphically depicted below. 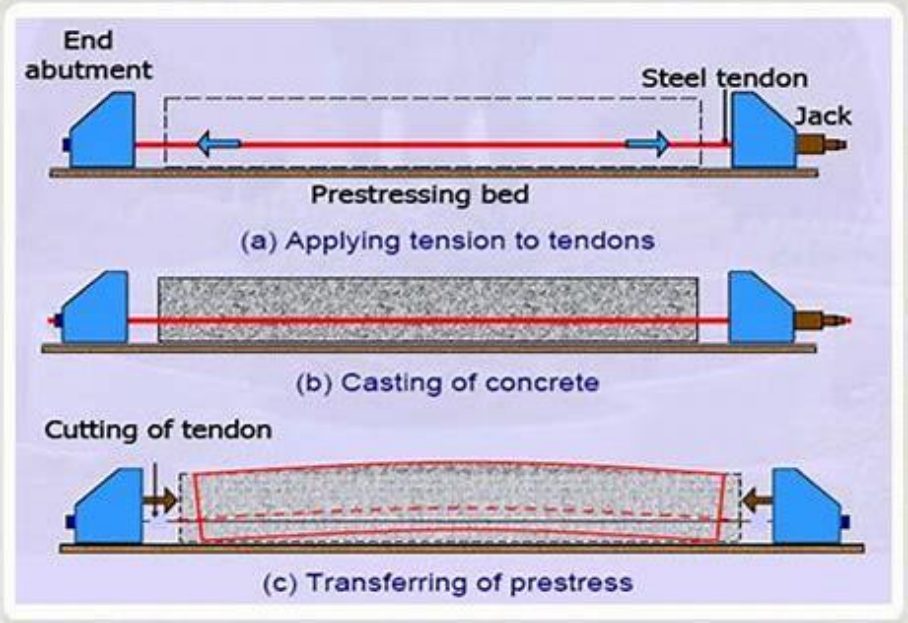 Unless someone has experience working around prestressed concrete it is altogether likely they are unaware of the magnitude of the prestressed forces that are applied to the strands and ultimately to the precast member. These low-relaxation, prestressed strands have an ultimate tensile strength of about 270 ksi. To put this in perspective, this is on an order of magnitude of six (6) times that of hot-rolled, structural steel beams. Furthermore, the typical ½”Ø prestress strand is pulled to about 29,000# so that in a typical 400’ casting bed the prestressed strand stretches about 30” or 2.5’! 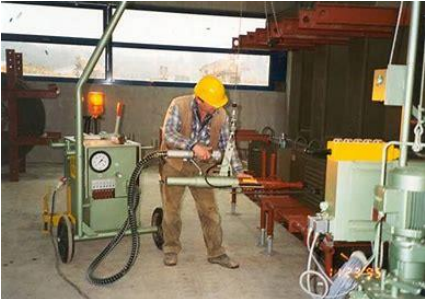 Now let’s extrapolate this information a little further. A typical NiCore™ Plank will contain seven (7) of these ½”Ø prestress strands. That means the total force compressing the NiCore™ Plank is (7)(29 K) = 203 K. Since the maximum gross vehicle weight of a highway truck is about 80 K this force is the equivalent of 2.5 fully loaded highway trucks bearing down on the end of a single NiCore™ Plank. That is a lot of compression! 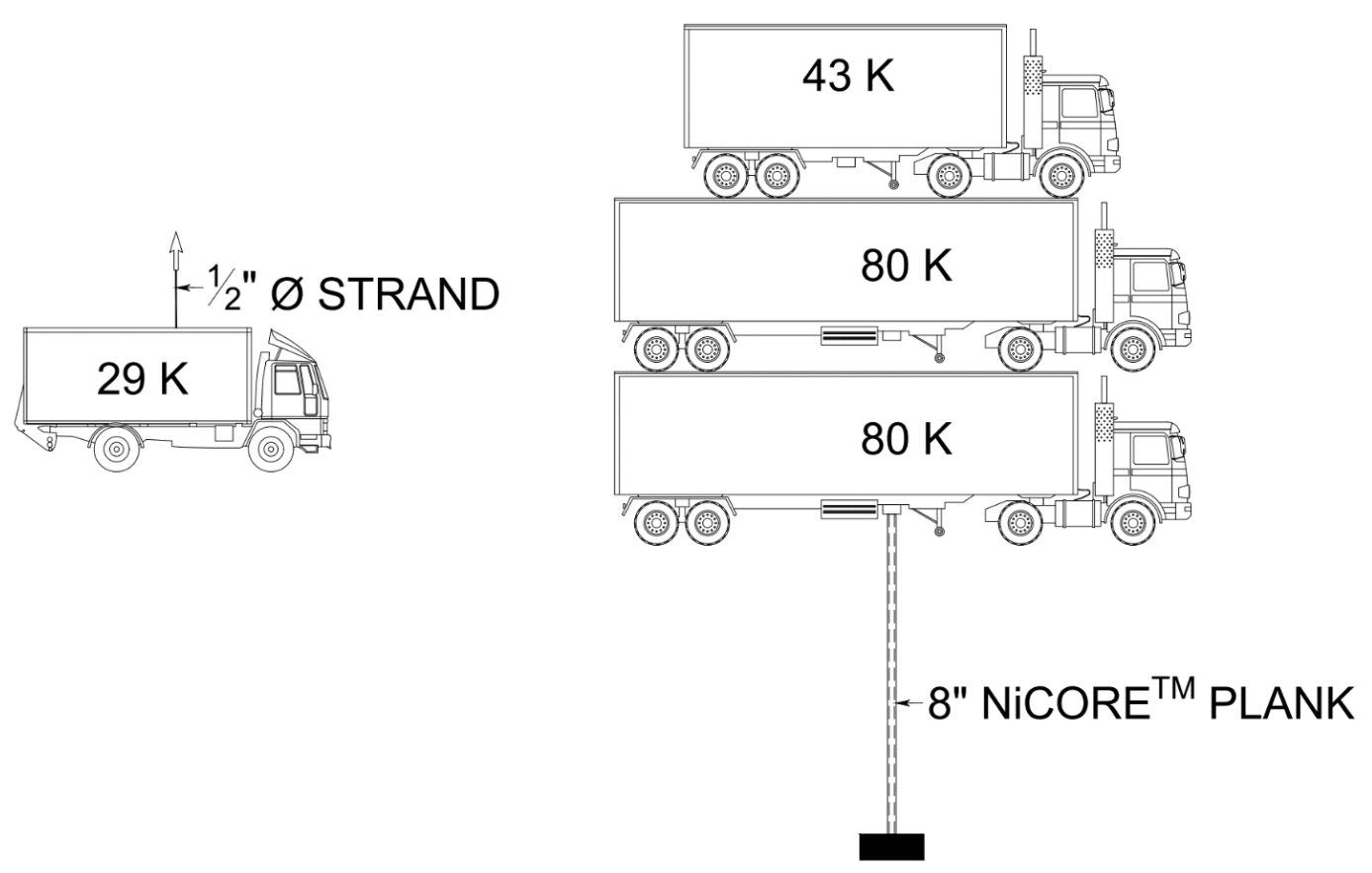 Nitterhouse Concrete Products, Inc. in Chambersburg, PA, is a family-owned company serving the construction industry since 1923. Give us a call at 717-267-4505 or visit our website at www.nitterhouseconcrete.com for information on more quality precast, prestressed products to meet your design and construction needs. Choose with confidence and make NCP your single source for precast – what you need when you need it.